One of the first things Chad Sykes told me was that “there’s just not much money in growing lettuce.” He was one of the original people I reached out to in the industry and these words were not quite…inspirational.

Find out his unique approach to vertical farming and more below. We talk about: 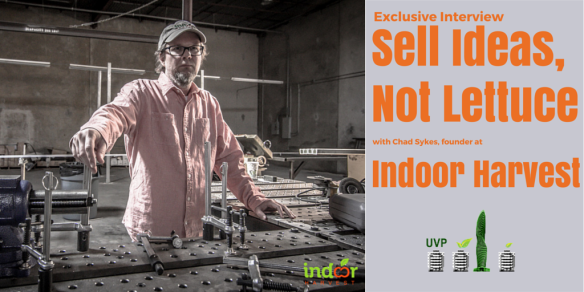 When Chad first told me “there’s just not much money in growing lettuce,” it was at a time when I had just started to scratch the surface of using LinkedIn as a networking tool for the vertical farm space. Here he was, one of the original big names I reached out to, seeming to tell me everything I had been thinking was wrong.

It wasn’t quite the enthusiasm I expected, but eventually it came to make a lot of sense. “Honestly, what’s really important is the business model itself, not the technology,” Chad replied. “I do not see vertical farming being successful at high volume commercial sales. I think it’s better suited for smaller, more niche markets.”

Now we were getting somewhere I could understand.  It all plays into the idea of local resilience and local economies; vertical farms aren’t a utopian solution to our food crisis, but they are a powerful tool when carefully engineered for and applied to a given locality through a niche market. 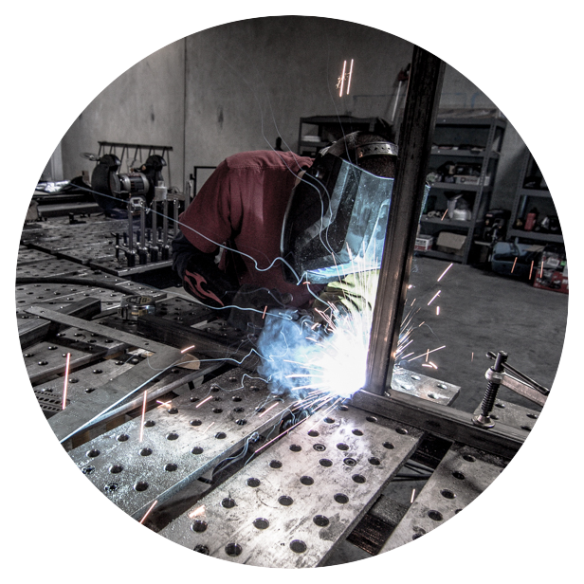 Chad’s team custom welding one of their systems

Like many of the entrepreneurs I’ve been talking with, Chad isn’t looking to sell produce through his company, Indoor Harvest. They’re looking to disrupt and innovate. “Vertical farming is possible, but the margins are pretty slim for produce production,” he explains. “My company mainly sees bigger revenue potential in equipment used for the medical cannabis industry and bio-manufacturing of phytochemicals.”

‘Biomanufacturing phytochemicals,’ I couldn’t believe I hadn’t thought to explore that before talking with him. Now it seems so obvious; remember, I started corresponding with Chad a long time ago!

Phytochemicals are naturally occurring, non-essential plant compounds that are often valuable for their medicinal properties. Biomanufacturing refers to a number of processes where biological as opposed to chemical components are used to create a certain substance. One example many people are familiar with are using bacteria to convert ag waste for ethanol.

Chad also touched on something else I’d been thinking of for a long time; the parallels between vertical farming and the marijuana industry. Starting out hiding plants in dark closets, many marijuana growers have learned the ins and outs of hydroponic growing and artificial lighting through necessity. I am certain that there is expertise among both groups that could be transferred for mutual benefit. 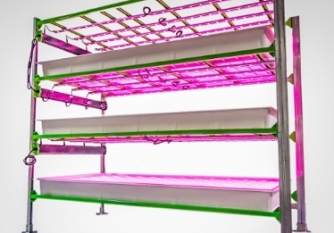 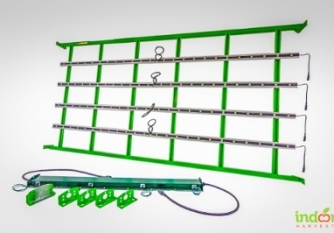 In another interview, Chad says “I read an article recently that said that over 1% of the electricity being used in Colorado is being used to power grow rooms. That’s just not sustainable” It’s certainly not, and the recent advances in LED technology, often propelled by vertical farming, can help alleviate those concerns.

But how exactly is Indoor Harvest looking to innovate? Well, for starters, just this month they announced they were developing a new HVAC system for specific use with building integrated agriculture. “We believe that the most important aspect of indoor farming is the HVAC system and that it’s been one area that has not seen any significant technological advances,” Chad says. HVAC for specifically engineered for vertical farms? Sounds niche.

Indoor Harvest is an original equipment manufacturer for commercial vertical farming systems and components. Their unique perspective, going beyond lettuce and herbs, uniquely positions them to make change.  They work with nutrient film hydroponic systems and have a patent pending for modular aeroponic technology that will appeal to marijuana growers and the pharmaceutical industry. It’s not that they gloss over leafy greens and value herbs, they’ve just gone beyond them.

And what does all that patented technology and unique perspective cost a potential customer? Chad says it depends. “Could be one system for $8,000 or a large facility for $5M.” Indoor Harvest just went public and they are busting to acquire more contracts and get those numbers down.

So you may be wondering to yourself, what’s their competitive advantage? Well, it’s a big one. Indoor Harvest signed a letter of intent with the city of Pasadena, Texas to develop both a nonprofit vertical farming education center as well as a for-profit farm on an old satellite service office and fire station for $10.00 per year. That’s in USD and it’s not a typo.

Are you sold? Want stock? Chad let me know you could buy it under the ticker symbol INQD before signing off!

Want to find out what other interviews are coming up before anyone else? Want to take you vertical farming game to the next level? For more practical help getting into urban or vertical farming, make sure you sign up for the newsletter.